NEW YORK (December 8, 2020) – Major League Soccer today announced that the 2020 MLS WORKS Humanitarian of the Year has been awarded to Black Players for Change (BPC).

Consisting of more than 170 players, coaches and staff of MLS, BPC is an organization working to bridge the racial equality gap. The organization, announced on Juneteenth, 2020, strives to advance the attention on human rights inequalities from protest to programs, partnerships and policies that address systemic racism.

BPC has made a significant impact in the soccer community and beyond. Before kickoff of the MLS is Back Tournament opening match in July, BPC organized and led a peaceful demonstration for racial equality and human rights. During the moment of solidarity, the Black players of MLS wore custom designed T-shirts sporting the phrases “Silence is Violence,” “Black and Proud” and “Black All The Time.”

BPC also worked in collaboration with adidas and MLS to develop the #MLSisBlack Solidarity Top for players, coaches and staff around the League. The top was also sold online with all profits going to The NAACP Legal Defense and Education Fund, 100 Black Men of America and Player’s Coalition in partnership with BPC.

In September, BPC announced plans to build 12 mini-pitches in one year’s time in conjunction with Musco Lighting, adidas and the U.S. Soccer Foundation. The pitches are part of a long-term partnership between the organizations aimed at breaking down systemic barriers that have kept children of color from playing soccer. The organizations have pledged to invest more than $1 million to complete the first 12 mini-pitches. The first pitch was unveiled in October at West Side High School in Newark, N.J. in partnership with the New York Red Bulls.

In addition, BPC partnered with several groups to lead the charge on civic engagement in this year’s elections. In partnership with Major League Soccer and Major League Soccer Players Association, BPC launched a league-wide, non-partisan initiative to drive voter registration for players, greats, club and league personnel, and fans. The initiative resulted in the closing of league and club offices on Election Day, the opening of various stadiums for safe in-person voting, and the registration of 95% of all players eligible to vote. Black Players for Change also partnered with More Than A Vote, When We All Vote and NBA Players Association to hold voting education webinars and create public service announcements to leverage the collective platform of athletes and celebrities.

In recognition of the humanitarian efforts of Black Players for Change, MLS WORKS will donate $5,000 to the organization.

ABOUT MLS WORKS
Major League Soccer is dedicated to addressing important social issues and improving communities where we live and play our games. Through MLS WORKS, the league’s social responsibility platform, Major League Soccer and its clubs seek to improve the lives of those in need across the United States and Canada. To learn more visit MLSsoccer.com/MLSWORKS and follow @MLSWORKS on Twitter & Instagram. 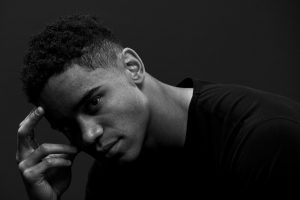